So maybe I'm just another treehugger... 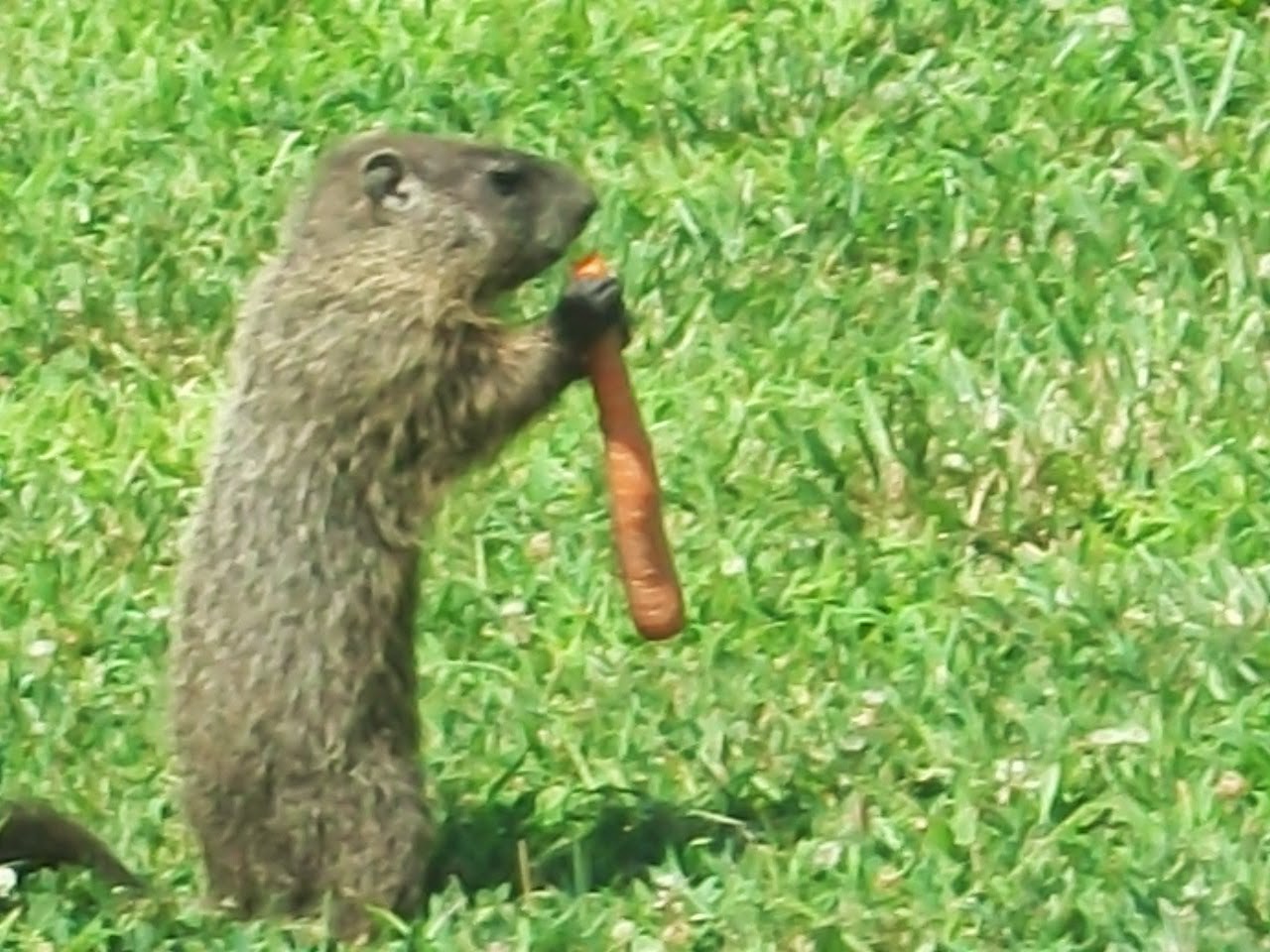 Last summer was the first I spent in this little house. Tucked between nature parks with walking trails on the north and west sides. The tiny creek on the west (behind) my property connects into a larger creek bisecting the park on the north side. Flowers grow along the banks and there is a perfectly placed bridge enticing children to fish or play 'Pooh sticks'. 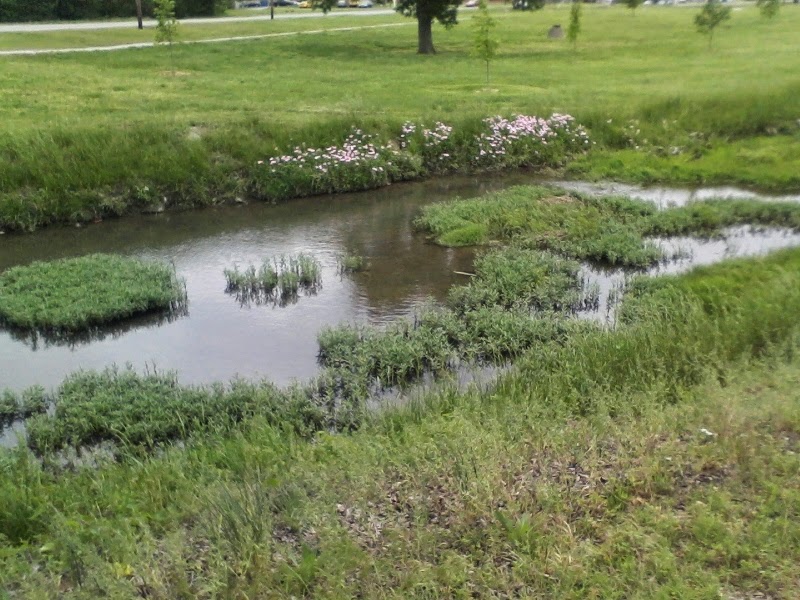 A narrow boulevard separates my house from park on the north.  My closest neighbors are located east across the street on the front and to the south of me.

There's a small storage shed in my backyard and I soon learned there was a sort of animal United Nations underneath. Groundhogs and bunnies go in and come out the same two access holes. How, I often speculated, did they cohabited under the shed? Did they share one big hole or did they keep separate homes? 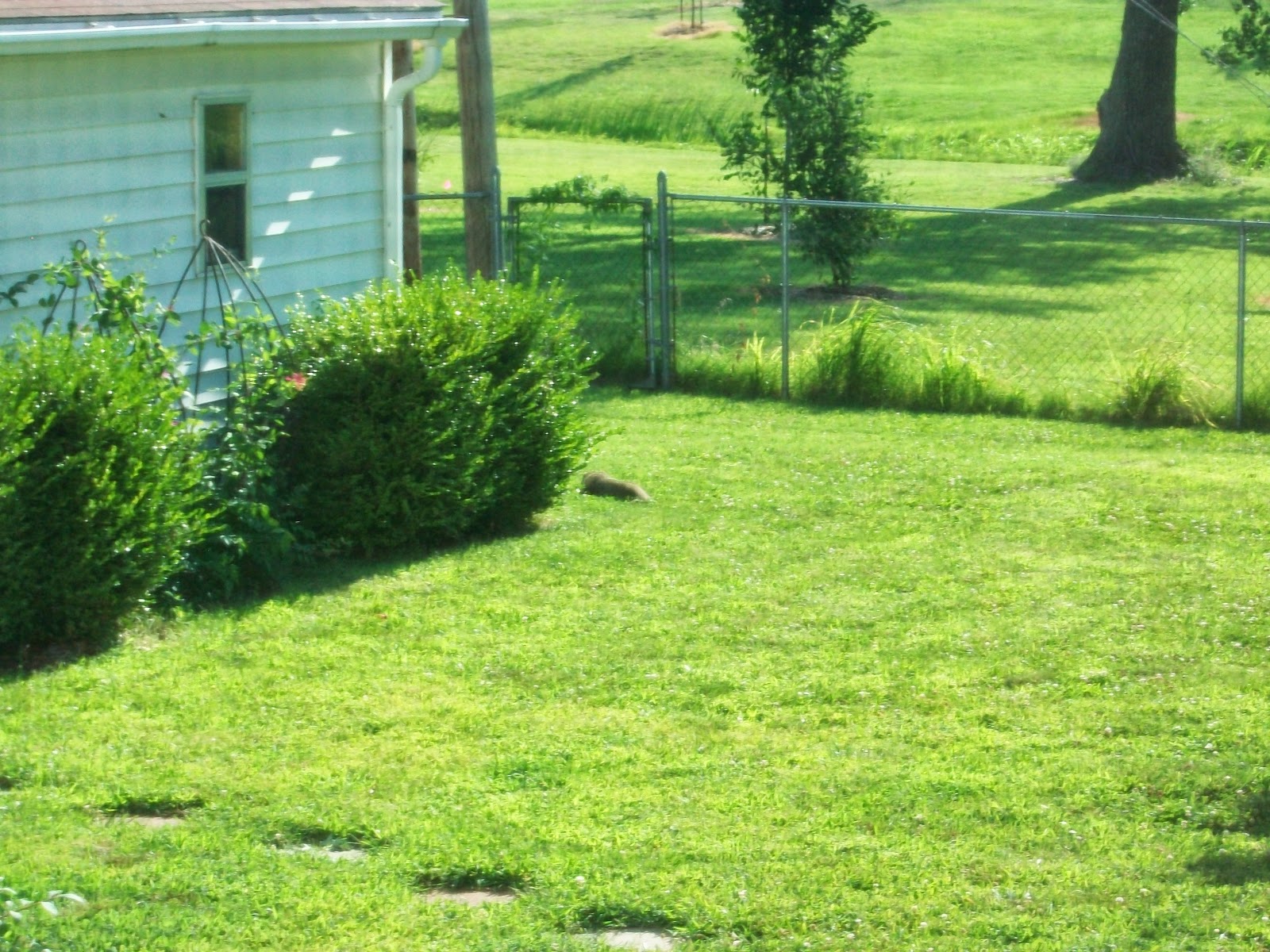 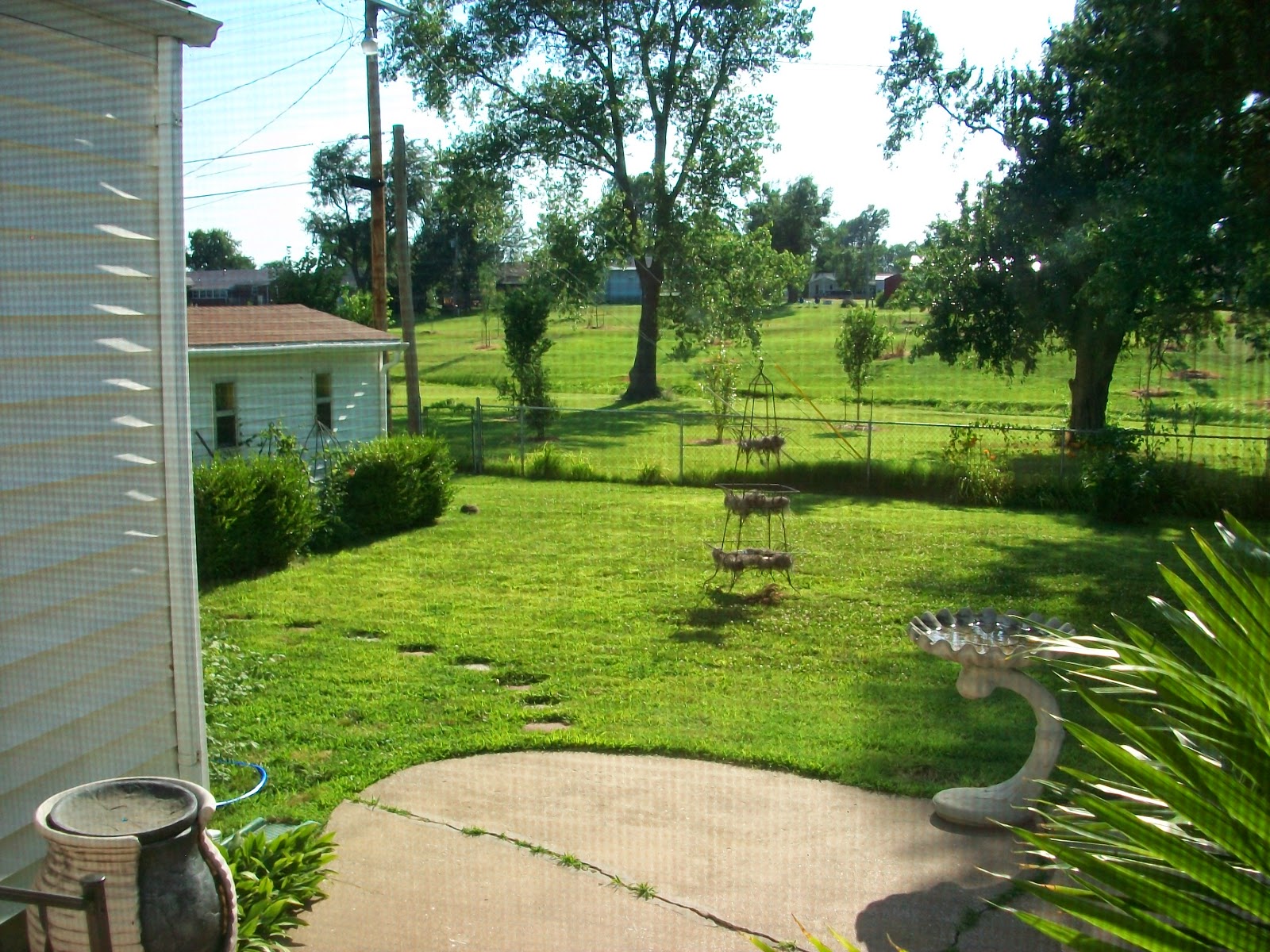 I began feeding them - more for my sake than theirs but it was so much fun to watch them. The bunnies are particular. The only offerings they'd accept were peeled, baby carrots. The groundhogs are less fussy. They especially love carrots, apples, watermelon, and broccoli. Surprisingly, none of the critters would eat celery.

If I was late getting breakfast out to them, they'd come sit on the ground outside the kitchen window. They'd wait, rather impatiently I must admit, staring in at me until I remembered to feed them.

Over the winter I saw the bunnies once or twice but groundhogs hibernate. I was delighted to see them emerge about mid-March. I stocked up on carrots. Then about two weeks ago my furry neighbors disappeared. I consoled myself by inventing reasons. Perhaps, they were off looking for mates or they were back under the shed having babies.

I watched, waited, and began to worry.

Yesterday, I discovered the new homeowners, living further down the street, had set traps for them. Evidently, my groundhogs had begun excavating under their shed and they feared it would ruin the foundation. I never got a chance to explain the groundhogs were well known to the neighbors and had been for years. It was too late for me to point out that my shed's foundation was fine. There wasn't a chance to point out how humans have encroached upon their natural habitat and destroyed much of it with our construction.

Could we really begrudge them a shed or two?

Oh, I know all the arguments and, yes, I understand them. They could easily move from sheds to house foundations, etc. While I might wish these new people had simply deterred the groundhogs with fencing, I know my complaint is self-serving. I got a kick out of the critters. Who knew they'd prefer to climb over the fence instead of digging under it. One seemed to especially enjoy sitting on top of the fence. I imagine he felt mighty up there surveying his little kingdom.

They made me laugh when they stood on their back legs like prairie dogs (a close cousin) and sniffed the air. I never got tired of watching the way they'd stand to eat long carrots. They liked to sit in my flower tower and look in my back sliding glass door as if they were watching TV with me.

Now they are gone and I will miss them. And why? Because others only saw potential problems and never stopped to consider the gratification of having groundhog neighbors. 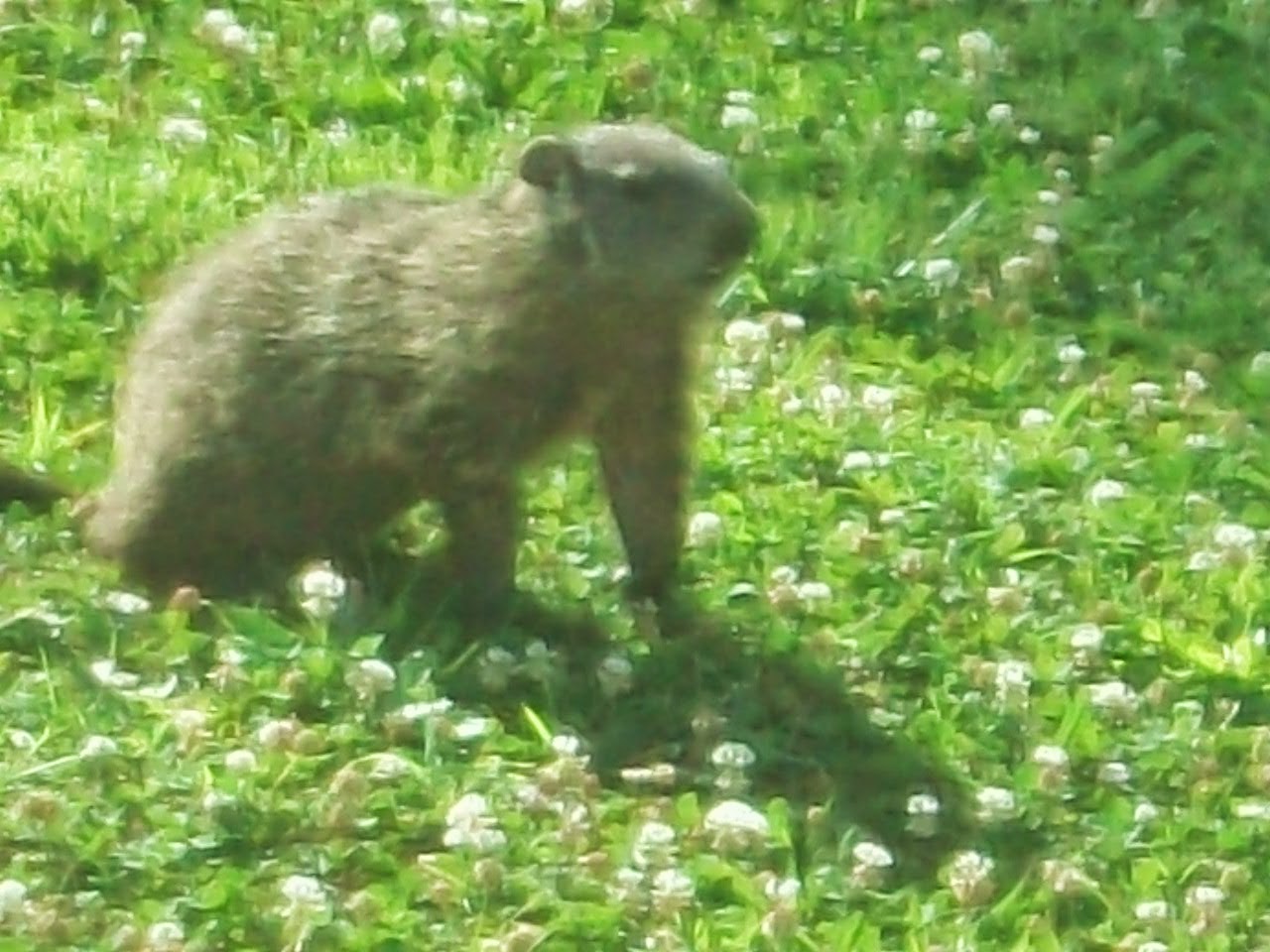 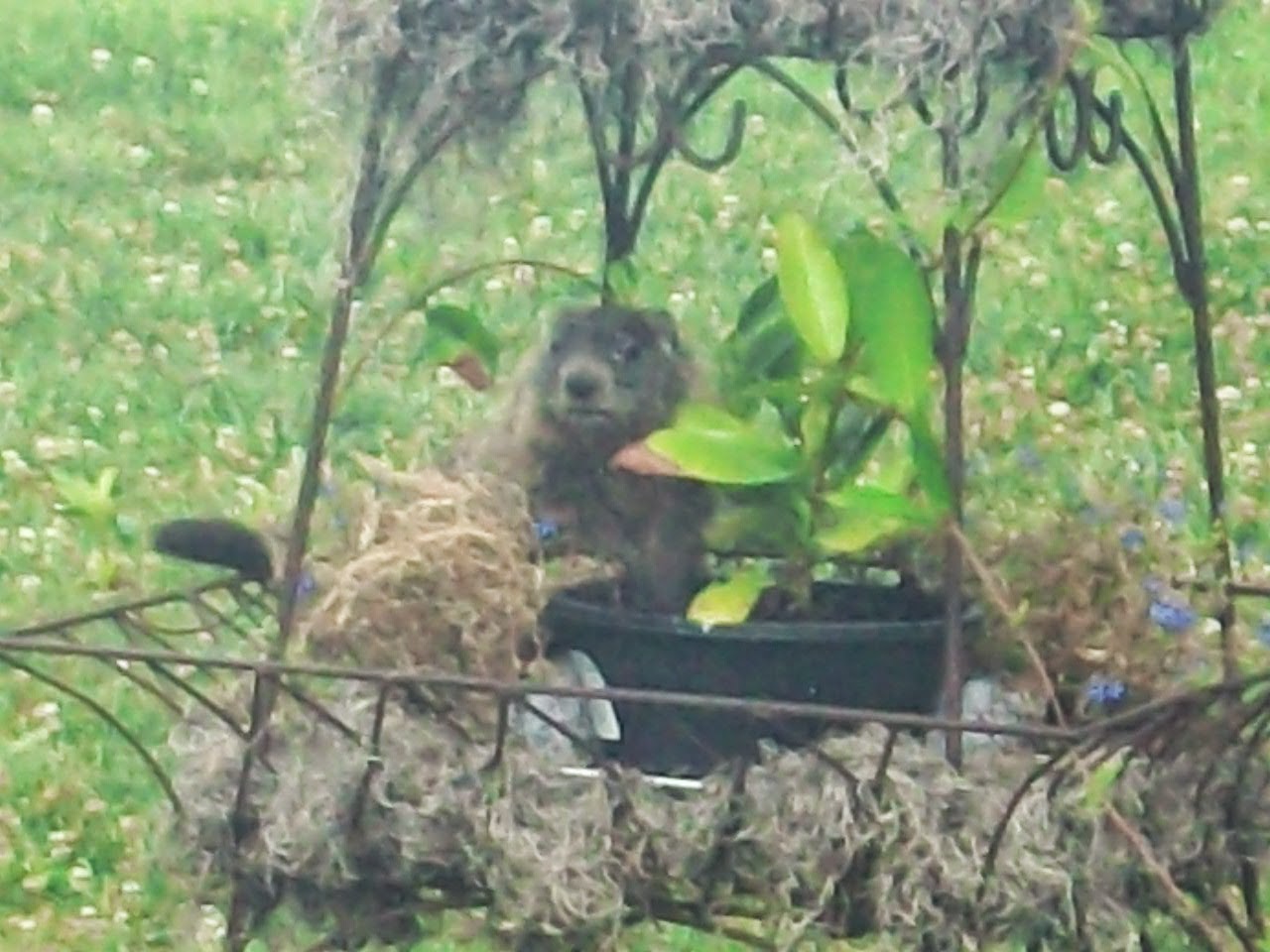 Posted by remullins at 1:56 PM No comments:

Who gives you the right to discriminate? I'm casting the first stone. 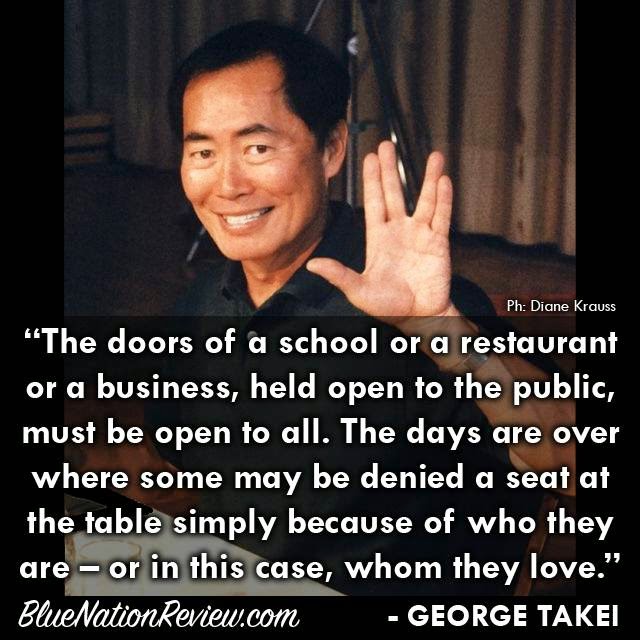 Okay. I'm not a stone. I'm not powerful, rich, nor articulate enough.  In fact, I'm just a tiny pebble: a white, Christian raised, middle-aged, divorced mother of three grown children. Needless to say, I understand my opinion doesn't carry much weight in the huge and divisive pond of public opinion. Yet, for some reason, I feel driven to speak out. In the hope that if enough little pebbles are heard from - positive changes can be made.

It's time to remember this country was founded on freedom of religion and the separation of church and state. The Founding Fathers drafted the Declaration of Independence and the first Constitution during a time lacking in the most basic freedoms. It was during a time when all power was tightly gripped in the hands of white, Christian males.

Even the Founding Fathers knew this wasn't right. Thomas Jefferson wrote in the Declaration:
We hold these truths to be self-evident, that all men are created equal, that they are endowed by their Creator with certain unalienable Rights, that among these are Life, Liberty and the pursuit of Happiness.

This was not limited to one God, one color, or only to heterosexuals. Using the term 'creator' could even imply evolution.

The first amendment states:
Congress shall make no law respecting an establishment of religion, or prohibiting the free exercise thereof; or abridging the freedom of speech, or of the press; or the right of the people peaceably to assemble, and to petition the Government for a redress of grievances.

Though most who drafted these original documents were devout Christians, they went to great lengths to remove religion from the governing bodies they were forming. This is why I don't believe an ordained minister should be able to hold a government office.

United States is unique, at least on paper, in that we recognized all as equal. There would be no monarchy and no one religion ruling us.

Let's stop for a moment for a ecclesiastical history lesson.
According to the Bible, the basis for the Christians faith, a Hebrew God created the earth and Jesus was Jewish. Does no one see the bilateral symmetry here? It's time to stop acting like bickering, rival siblings. Every faith is based on love No one faith is superior to another. Do you really believe on Judgement day, God will look more kindly on someone who bombed an abortion clinic, picketed grieving relatives at a funeral, or refused to sell pizzas to a gay couple?

If so, I think you better start reading again. Quit picking and choosing the parts of the Bible you like while ignoring the rest. Stop quoting only the verses supporting your personal vendettas while ignore any opposing your viewpoint. Face it. You can't discriminate against gay marriage if you accept divorce and re-marriage. If you run a school or business for profit - you are opened to the public. That means you can't deny another person's right to that product. Everyone, regardless of race, nationality, creed, or lifestyle has a right to be served. Treat everyone the same or get out of the public sector, and, hopefully, the United States as you obviously don't want to be united with all. 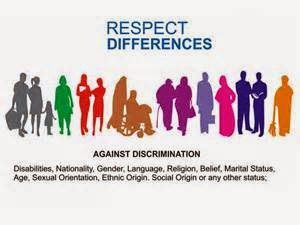 Because freedom is a right for everyone. Not just for those who share a narrow belief structure. It's way past time for acceptance of all races, colors, creeds, lifestyles. We don't have the right to judge others for what they believe, their status, gender, skin color, size, or for whom they love. If we do, then we haven't traveled very far from the days when women couldn't vote or own property, divorce was illegal,  adulterers were stoned, slavery was legal, races were segregated, and non-Christians were discriminated against.

Don't forget. At one time Christians were killed  for their faith. In Sunday School we were filled with stories of how Romans stoned, burned, and turned early Christians into lion bait. So what now gives proponents of Christianity the right to discriminate or abuse others because of a differing faith or lifestyle? If you do then you're no better than those who killed the first followers of Christ. Jesus, need I remind you, espoused love for all.

Life and let live should be the motto sang high and low. Love all and treat others the way we want to be treated. It isn't so hard. 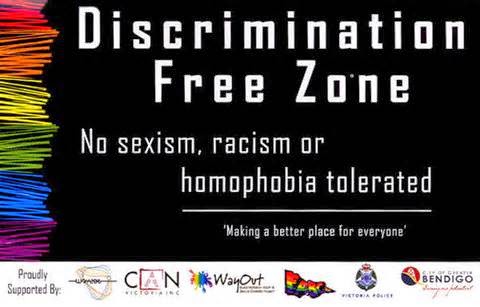 And just maybe, this little pebble might make a positive ripple.


Join the Blautsaugers of Amber Heights, Missouri as an evil Toltec vampire tries to destroy the Nosferatu family. These are not the dark and creepy vampires found in classic lore but are very human-like with an extra chromosome or two.

It all starts with Gabe Blautsauger and the sassy Cailey Kantor in IT'S A WONDERFUL UNDEAD LIFE.

Next up is the youngest brother, Rafe Blautsauger. He's fallen

deeply in love with Cailey's friend, Morgan Maguire in

VAMPIRE IN THE SCRYING GLASS. If only he could figure

Rafe Blautsauger, vampire and enforcer, must put his feelings for the mortal Morgan Maguire aside. The Nosferatu council who employs Rafe strictly forbids their love. But he can't stay away from the beautiful woman who causes his blood to beat with new life. Yet, she hides a secret, one he must expose in order to protect her.

Morgan keeps her unique gift of magic under wraps due to a spell gone horribly wrong when she was young.  She is haunted by a nightmare where two malevolent glowing red eyes stalk her. Can she trust the arrogant but oh-so-handsome Rafe with her secret as well as her heart? Can he help her regain her power in time to save the world of the living and the undead?

These stories are filled with action, love, and a surprising amount of light-hearted humor.

Posted by remullins at 7:46 AM No comments: