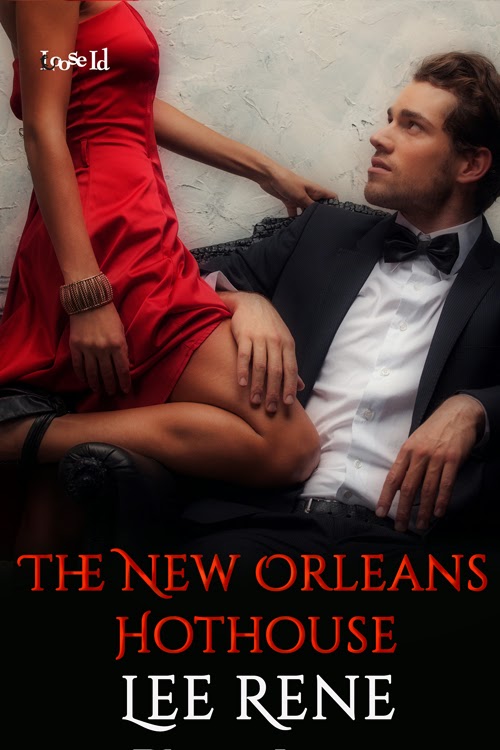 Danny Rothstein, a young casino owner, leaves his home in Las Vegas for the noir splendor of 1950s’ New Orleans. Danny, a product of the button-down fifties, assumes he knows everything about women. Little does he know that he will soon enter a world of strip bars and clandestine sex clubs. His life comes apart when he meets Yvette Delacroix, a nineteen-year-old cigarette girl who has sampled life on the wild side. After a scorching encounter in a sex club, the two embark on a torrid romance that challenges everything Danny believes about female sexuality and love. At the end of Danny’s passionate journey, he learns bad girls can be very good indeed.

Kristin Aragon's interview with LEE RENE said it all:

Kristin: Hi Lee, it’s great of you to find a moment to chat about your upcoming novel, The New Orleans Hothouse. Tell us a bit about yourself?

Lee: I’ve been writing since I was a kid.  I had a poem published in an anthology at fourteen, but though I had the knack, I didn’t have the discipline or the will it takes to become an author.  Not only must a writer learn the rules of his or her craft, but writers also have to be selfish with their time.  I just couldn’t do it.  The muse tapped me on my shoulder in New Orleans, and I began writing in earnest, first working for a lifestyle magazine, then writing movie reviews.  Fiction remained difficult and although I always wanted to write romances, they eluded me until I entered the world of erotic romance, then everything came together.

Kristin: As a person who has gotten to know you over time, I’ve learned you love to stage your novels in the 1950s. Is there a particular reasoning behind the period?
Lee: The fifties was a turbulent time regarding sex. Feminism had emerged, women were working outside of the home, and sexual attitudes were changing.  Still, the concept of sexual harassment was an alien one and girls who loved sex were still considered whores. I love New Orleans and had read a great deal about New Orleans in the 1950s when the New Orleans went through a growth spurt, and exotic dancers were the queens of the city.  I threw in a bit of Mad Men and The New Orleans Hothouse was born. I have another manuscript set in the 50s New Orleans that involves gangsters and police corruption; afterward, I want to switch focus to contemporary romance.

Kristin: You made your protagonist a young man and rather sexist from contemporary views.  Tell me about that?

Lee: I loved writing in the male voice. I found it freeing. Not only did it allow for variety, but I could also make the language a bit cruder than it would be from a young woman of the same period. I found it liberating to get into a man’s head, be as raunchy as I liked yet show the humanity underneath. Danny is at heart a terrific guy, but he’s been spoiled by women and never heard the word “no.”  He meets a girl who uses him for her own pleasure in the same way the way men often use women and it shocks him.  Danny isn’t ready for a truly liberated woman, it is the 1950s after all, and immediately labels her a slut.  Later he realizes what a fabulous girl she is and his arc as a human begins.
Writing as a male  allowed me to explore the double standard that was so prevalent during that period. I didn’t make Danny wrong for some of his views, i.e., nice girls don’t do “that”, just misguided. It was also important for me not to “slut shame” Yvette, my female character, or any of the other female characters either. I wanted them to embrace their sexuality and not be totally dependent on a man for their sexual pleasure. It’s a theme I hope to explore more fully in the future.

Lee:  I really got into “pillow talk” and tried to make it as explicit as possible.  Perhaps it’s been my own experience that dirty talk turns people on when they are making love. I remember a friend saying she had to have a man who “talked that talk.”  Look at the success of that song, Talk Dirty to Me. People, male and female, love it.

Thank you, Lee, for answering some of our questions. You have given us some insight into your experience writing your novel, which is much appreciated. Good luck with sales, and I hope to hear more from you soon.

Need to know more about Lee? Here's what she had to say about herself.

In my past literary life, I worked a lifestyle writer for magazines in Los Angeles, San Francisco, New York and Vancouver as well as entertainment journalist and movie reviewer in print, on-line, and on radio in the Los Angeles area. I’m a student of American history and my works are usually set in the past. When I’m not writing away, I spend my time watching movies from the golden era on TCM, delving into history, enjoying classical music and jazz and reading gothic literature.