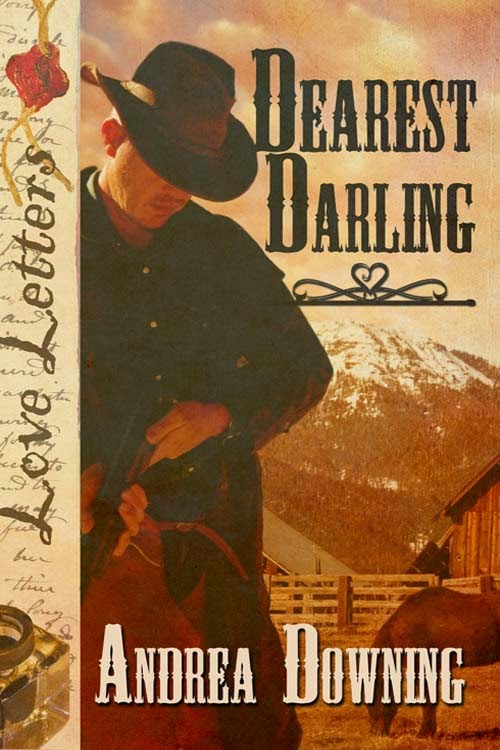 Blurb:
Stuck in a life of servitude to her penny-pinching brother, Emily Darling longs for a more exciting existence. When a packet with travel tickets, meant for one Ethel Darton, accidentally lands on her doormat, Emily sees a chance for escape. Having turned down the dreary suitors that have come her way, is it possible a new existence also offers a different kind of man?

Daniel Saunders has carved out a life for himself in Wyoming—a life missing one thing: a wife. Having scrimped and saved to bring his mail-order bride from New York, he is outraged to find in her stead a runaway fraud. Even worse, the impostor is the sister of his old enemy.
But people are not always as they seem, and sometimes the heart knows more than the head.
Excerpt:


"Who the hell are you?” he blurted out.
The woman took a step back. “My name is Emily Darling—”
“Darling?” His eyes narrowed as his hands went instinctively to his hips.
“I received your letter,” she continued somewhat breathlessly. “I know...”
“Stop. Just tell me where Ethel is.” The blood rushed through his veins, pulling anger and uneasiness with it. “What’s happened to Ethel?”
“I know it wasn’t meant for me,” the blonde continued, “but—”
“But? But. Lady, are you telling me you received a dang letter meant for someone else, and you went and hightailed it out here with a train ticket and stage ticket meant for that someone else?”
This impostor’s eyes widened. Emily’s eyes, not Ethel’s...
“You know how the hell long it took me to save for that trip? You have any idea of the cost of all that?”
“I...I thought—”
“I don’t give a good gosh damn what the heck you thought. That money was meant for...” Total disbelief swallowed his tongue. Daniel took some paces and struggled to control his temper before he shot off his gun. “Damn!” he said at last. “Damn!” He stomped back to her. “Well, what the hell do you expect to do now— now that you’re here, may I ask?”
“Well...” Emily visibly gathered herself and straightened up. “Marry you, of course.”
Buylinks:
Amazon:  http://www.amazon.com/Dearest-Darling-Letters-Andrea-Downing-ebook/dp/B00NGWT816

A little about Andrea Downing:


Andrea Downing likes to say that when she decided to do a Masters Degree, she made the mistake of turning left out of New York instead of right to the west, and ended up in the UK.   She eventually married there, raising a beautiful daughter and staying for longer than she cares to admit.  Teaching, editing a poetry magazine, writing travel articles, and a short stint in Nigeria filled those years until in 2008 she returned to NYC.  She now divides her time between the city and the shore and often trades the canyons of New York for the wide open spaces of Wyoming.  Loveland, her first book, was a finalist for Best American Historical at the 2013 RONE Awards.  Lawless Love, a short story, part of The Wild Rose Press ‘Lawmen and Outlaws’ series, was a finalist for Best Historical Novella at the RONE Awards.   Dearest Darling, a novella, is part of The Wild Rose Press Love Letters series and Dances of the Heart,, another full length novel, comes out in the next few months.

Other books by Andrea: 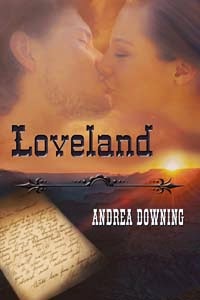 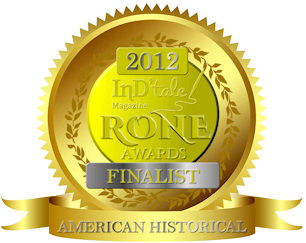 When LadyAlexandra Calthorpe returns to the Loveland, Colorado, ranch owned by her father, the Duke, she has little idea of how the experience will alter her future. Headstrong and willful, Alex tries to overcome a disastrous marriage in England and be free of the strictures of Victorian society --and become independent of men. That is, until Jesse Makepeace saunters back into her life...

Hot-tempered and hot-blooded cowpuncher Jesse Makepeace can't seem to accept that the child he once knew is now the ravishing yet determined woman before him. Fighting rustlers proves a whole lot easier than fighting Alex when he's got to keep more than his temper under control.

Arguments abound as Alex pursues her career as an artist and Jesse faces the prejudice of the English social order. The question is, will Loveland live up to its name? 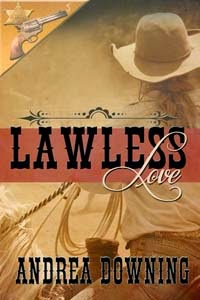 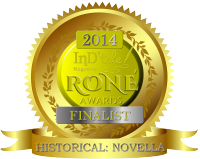 Lacey Everhart has carved out a tough existence in the wilds of 1880s Wyoming, working hard to build a secure life for herself and her younger brother, Luke. She will stop at nothing to protect what's hers and keep them safe. Even if it means keeping a secret that could destroy their lives.

Marshal Dylan J. Kane is a man who considers everything as black and white, right or wrong. He's never seen life any other way until he sets eyes on Lacey. Suddenly the straight and narrow that he's followed has a few twists and turns. Loving Lacey offers the home life for which he hankers...but can he really love a woman who seems to be plain lawless?

Posted by remullins at 7:47 AM