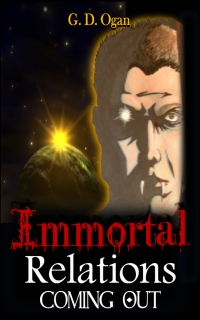 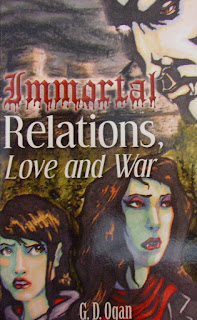 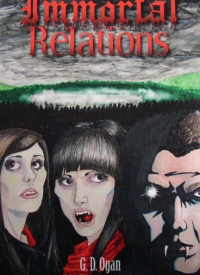 Welcome Zara,
Before we get to your new release, I'd like to share some of the questions you've been asked by readers. By the way, I also have some friends/family that are convinced I've based a character on them...I haven't.


1. Is it true?
Nope. Beneath the Skin is a novel which means it is a work of fiction. I imagine the characters and the horrible things that happen to them. However, as a novelist my goal is to make the reader believe that the story is true. I strive to make my characters have problems and flaws just like everyone does. My hero and heroine are not perfect. They make mistakes. My villains have reasons for the evil things they do. I do a lot of research about the setting—in this case Williamsburg, Brooklyn. My characters walk on real streets, eat in real restaurants, and paint graffiti on real walls and bridges.
2. Do you act out your story?
Not really. Most of the time I close my eyes and imagine the characters moving around in the setting. Occasionally, I draw a map of the room or location and trace the movement of the characters using lines or footsteps. If I am writing a fight scene or some emergency situation, I may watch videos I find on the computer. That is how I was able to describe the zip tie escape attempt in Beneath the Skin. I watched a number of YouTube videos showing people escaping from zip ties.  One thing I did have to try out myself was biting through a zip tie.
3. But what about the love scenes?
I get a lot of inspiration from other romance novelists and my favorite love scenes in their books. I also am happily married. And that’s all I am going to say about that.
4. Am I in your novel?
This is usually asked by my relatives. I want to assure everyone I know that no character in any of my novels is based on a real, living person. I work very hard to come up with unique people living unique lives. That doesn’t mean that I do not use my experiences to flesh out my stories. In Beneath the Skin, I have used my knowledge of anthropology, Greece, and art. Once in a while, I will include something I have observed or heard a person I know do or say. For example, I did include a favorite phrase of my husband’s in Beneath the Skin: “The only thing civilization has to offer is a hot shower.”
5. Can I be in your next novel?
As I noted above, I do not think about people I know when I am writing. When I am planning characters for a story, I think about the goals they are working toward, what is standing in their way, and what happened to them in the past that makes that goal either the wrong goal or an impossible goal unless the character changes in some way. If you are interested in seeing how this works, read Beneath the Skin which was just published on Friday June 17th. Both Melissa and Ari, the hero and heroine, had terrible things happen to them when they were younger that make it very hard for them to admit their love for each other. 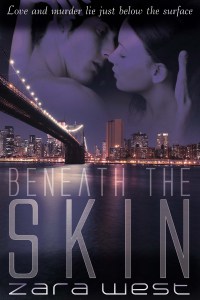 Ex-Olympic wrestler and reclusive billionaire artist Aristides Stavros has one mission—to rescue his sister, a popular Williamsburg, Brooklyn tattoo artist from the old enemy who has kidnapped her. But at every turn he is confronted by anthropologist Melissa Dermot. Is she just an innocent girl in over her head or is she working for the international crime boss holding his sister?


Only one thing is certain, when Ari holds the beautiful Asian-American in his arms questions of guilt and innocence fade against an undeniable fiery attraction. But can their wild passionate love survive the tangled web of long hidden secrets, intentional deceit, and murderous revenge that lie just beneath the surface?

“You.” Aristides Stavros loomed over her. “What are you doing here?”


She peered up at the artist’s twisted face and backed further down the steps. A doorknob poked her in the back. Panicked, she twisted it open and dashed into an unlit basement storeroom.


She stumbled forward into the dark, tripped over a metallic cylindrical object, and landed on her stomach. All the air whooshed out of her. Rectangular objects with sharp corners tumbled around her, jabbing her in the arms and neck. Rough cloth scrapped her skin.


On the staircase above her, the beast hovered in the doorway like a predator scenting his prey. For a second, he hesitated, then he dashed down the steps and moved toward her, huffing as he shoved objects out of the way. She pushed herself up on hands and knees and scuttled further into the dark.


“Sto diavólo. Where are you? If you destroy any of these paintings, I will have your hide or at least my lawyer will.” He came closer. “Busy man, my lawyer, and to think I almost didn’t hire one.”


She scrabbled back and touched torn canvas. Heavens, these were his paintings—the ones that sold for thousands of dollars.


She was in deep, deep trouble.


The Wild Rose Press http://catalog.thewildrosepress.com/1357_zara-west  Both the e-book and paperback are on sale 50% off.


my website/blog is http://www.zarawestsuspense.com/
Posted by remullins at 5:43 PM 2 comments: